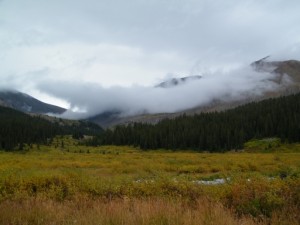 Led by Monica I.
It was still chilly when we started up Chihuahua Gulch, but that would mean that we would probably have the trail to ourselves. We did end up seeing some ATVs and soggy hikers, but otherwise it was pretty quiet. It was sprinkling just a little but that soon changed to…
Join Us!
If you aren’t a Member or Subscriber, you can’t see all of the content on this site. Get membership information to see why this site is best when you join and log in