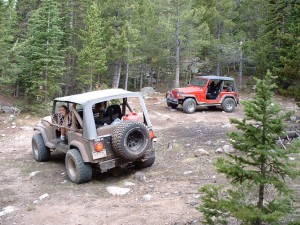 Led by Monica I.
Everything started out well, with the two Jeeps going up and down a sandy hill that two other big trucks couldn’t drive up (due to bald tires and men at the wheel). Karen had her virgin run as an Offroad Girl and loved every minute of it. https://youtu.be/BGJUpm_esF8 Then things…
Join Us!
If you aren’t a Member or Subscriber, you can’t see all of the content on this site. Get membership information to see why this site is best when you join and log in