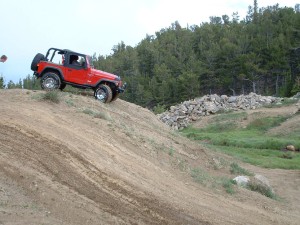 Led by Monica I.
We met Rich on the trail and stuck together for the rest of the day. This run was to try out the new 3" lift and 33" tires Monica had put on the Wrangler. They also disconnected the sway bar on the trail which was a new and fun experience….
Join Us!
If you aren’t a Member or Subscriber, you can’t see all of the content on this site. Get membership information to see why this site is best when you join and log in