Monica had walked the trail in 2006 and wasn't sure that wheeling it was a good idea. Don and Robert hadn't been on the trail at all yet, but they both wanted to drive it instead of walking it first. That meant we drove it, with Monica bringing up the rear.

We got to Prepay 1 pretty quickly, and Robert was through it first, and got the first trail damage of the weekend. He hit his rear corner panel on the rock on the right side of the obstacle, crushing his Jeep's rail into the corner panel. He'd have to figure something out before he could get his soft top back on. Luckily it wasn't on, so he didn't rip any fabric.

Don tried it next and hit his rear corner panel nearly in the same place. He had his soft top on but the windows were out. He ripped it near the zipper, but the top would still be fine. He got lucky, though, because he didn't crush the edge. He wouldn't have a problem getting his soft top on. He took off the corners for the rest of the trail, though.

Monica had seen enough at this point, deciding to turn around and park at the trailhead for the rest of the day. She would hike back in and meet them when they were at the start of the Pay obstacles.

Robert and Don continued along the trail, having a good time in the Prepay section of obstacles. They went sideways and tippy through Prepay 6 (The Squeeze) and there was no damage for either one of them.

The Pay 1 obstacle started things out nicely, making both Robert and Don work to get through it. They twisted their way through the rocks, thankful they had enough rocker protection. Pay 2, Pay 3 and Pay 4 were a blast. When Robert got to Pay 5 he wrestled with the rock for awhile but couldn't get a good line on it. It had a big lip in the middle and the undercut was too deep. He ended up getting out his winch and pulling himself up it. When he got to the top, his rear tire carrier and rear tire just fell off into the dirt.

The hinge he had ordered had broken right in the middle and wouldn't be fixable. Everything else about the bumper and carrier looked fine, but it wouldn't be going back where it belonged on this trip. He managed to find room for it and his spare tire in the back of his already crowded Jeep.

Don twisted his way up to Pay 5 and found the same issues. The undercut was too severe, and the way the rock was shaped made it impossible to climb with his Jeep. He winched his way to the top of it, as well.

Pay 7 and Pay 8 are right next to each other, and neither obstacle gave anyone any troubles.

Pay 10 sits at the bottom of Pay 11, which is the biggest ledge. Pay 10 is a challenge, though, as a series of bumps in a big hole. Robert powered through it, and then cruised up to Pay 11. He got up on the ledge and tried to climb it, but realized that it was a pretty dangerous area and he probably couldn't get up it on his own. It is a very big ledge. He decided to winch up it, getting very tippy at the top.

Don worked on Pay 10 and found out that it was much more difficult than he first thought. He tried a lot of different lines, but just couldn't get the line he really wanted. He figured body damage was pretty probable, so he winched through it instead. When he got up to Pay 11 he winched where Robert did and also got very tippy at the top.

Pay 12 was probably the most mellow obstacle out of all of the Pay obstacles, and both Robert and Don walked right up it.

Pay 13 was another story, though. It looked like it wasn't going to be that difficult, but it really was. Robert worked on Pay 13 for awhile and just couldn't find a good line. It was a ledge with a big undercut, but luckily this one wasn't on the top of a big hill like Pay 11 is. He tried a few lines and stacked a few rocks, but it wasn't happening. He finally winched his way through it.

Don tried a few lines in Pay 13 as well, and stacked a few rocks. It just wasn't going to happen for him either, so he winched as well.

We were through it! Don's front fender flare had a new, extreme dent in it, and Robert found the corner of his rear bumper had been pulled away. We didn't escape without damage, but we escaped just the same. This was a blast, and we can't wait to do it again.

Note that the pictures of the obstacles are from our walk-through in 2006. 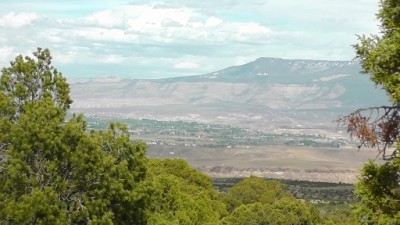 Led by Mark U.
Running Billings Canyon on Memorial Day weekend would be like being stuck in a parking lot, we thought, especially because we were getting a later start than we had planned. On the way up to the normal parking lot where most people leave their trailers we noticed a guy unloading…
Join Us!
If you aren’t a Member or Subscriber, you can’t see all of the content on this site. Get membership information to see why this site is best when you join and log in