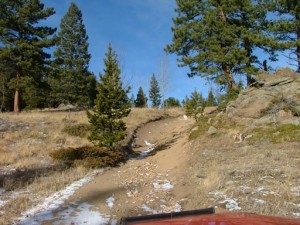 Led by Monica I.
We were hoping for a little snow on our annual "snow run", the last run of the season. We didn’t want so much snow that we couldn’t get anywhere, but we wanted at least a little to make things interesting. As we started the trail it looked like we would…
Join Us!
If you aren’t a Member or Subscriber, you can’t see all of the content on this site. Get membership information to see why this site is best when you join and log in