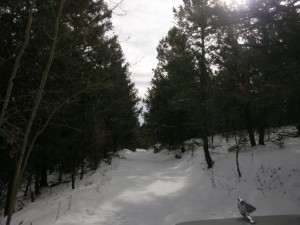 Led by Mike S.
After we were off of Mount Herman Road, we were quickly at Balanced Rock Road. The weather continued to be clear but cool. We turned down onto the trail and were having fun in 2-wheel drive in the snow. There was a burned-out trailer at the first clear area, so…
Join Us!
If you aren’t a Member or Subscriber, you can’t see all of the content on this site. Get membership information to see why this site is best when you join and log in