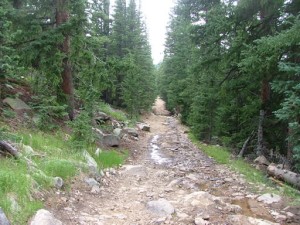 Led by Monica I.
We ran down Saxon Mountain after doing Spring Creek. We usually go the other direction to go down Ute Creek and Lamartine, but we thought we’d try a different way. It was definitely bumpier than the other direction down to Idaho Springs, but the road was wide and there wasn’t…
Join Us!
If you aren’t a Member or Subscriber, you can’t see all of the content on this site. Get membership information to see why this site is best when you join and log in