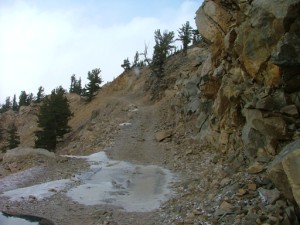 Led by Bob S.
It was time for our annual Spring Creek Snow Run and the weather sounded like it might be bad. We decided to start from the top of Spring Creek and go down from the top for a bit, then turn around and go back up — that would mean we…
Join Us!
If you aren’t a Member or Subscriber, you can’t see all of the content on this site. Get membership information to see why this site is best when you join and log in