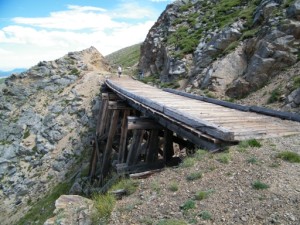 Led by Monica I.
There are some days on the trail that just can’t be beat, and we were lucky to have one of those days. The weather was perfect, there wasn’t much traffic, and we ate at one of our favorite lunch spots. It was the perfect day. We had every intention of…
Join Us!
If you aren’t a Member or Subscriber, you can’t see all of the content on this site. Get membership information to see why this site is best when you join and log in