This trail is usually relaxing but this time it was really crowded. It seems to be a popular trail for when the Aspen trees are changing to yellow, so there were lots of people on the trail. Many people were going way too fast and not everyone was friendly.

We only went as far as Yankee Doodle Lake, on our way from Kingston Peak to Jenny Creek. The sky was a gorgeous blue and the colors made by the Aspens mixing with the evergreens were all around us. It was a very enjoyable run except for the traffic and impatient people. 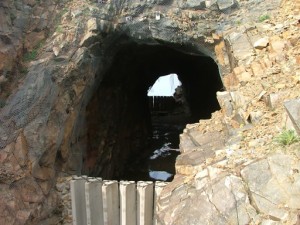