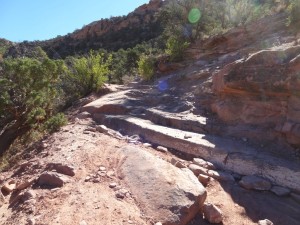 Led by Monica I.
As a group, we go through phases. Sometimes we go wheeling and we’re still on the trail when the sun has long since set. Other times, we’re back in town for dinner at a reasonable hour. The day before, most of the group decided that they wanted a more relaxed…
Join Us!
If you aren’t a Member or Subscriber, you can’t see all of the content on this site. Get membership information to see why this site is best when you join and log in