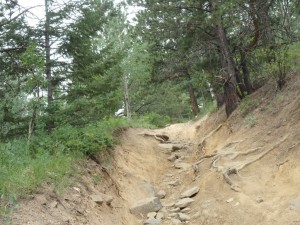 Led by Monica I.
Even though this is a one-way trail, we still get nervous about oncoming traffic because it’s not physically marked at the top. We got lucky and had the trail to ourselves, though. We did the southern half of Switzerland Trail to get to the Pennsylvania Gulch trailhead and headed uphill….
Join Us!
If you aren’t a Member or Subscriber, you can’t see all of the content on this site. Get membership information to see why this site is best when you join and log in