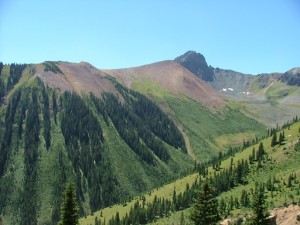 Led by Monica I.
Walt had done Ophir Pass before, but it was new to the rest of us. We were just coming off of the Clear Lake trail, and the Ophir Pass trailhead was just a short drive up the pavement from there. The weather was still perfect, and we were looking forward…
Join Us!
If you aren’t a Member or Subscriber, you can’t see all of the content on this site. Get membership information to see why this site is best when you join and log in