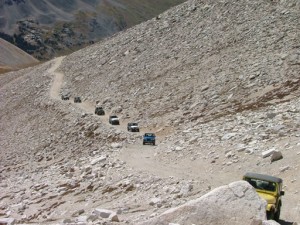 Led by Monica I.
It was a beautiful sunny day and we were treated to lots of aspen trees with leaves that had turned to yellow. Even though it stayed sunny it was still very windy and cold when we got close to 14,000 feet at the top of Mount Antero. It looks like…
Join Us!
If you aren’t a Member or Subscriber, you can’t see all of the content on this site. Get membership information to see why this site is best when you join and log in