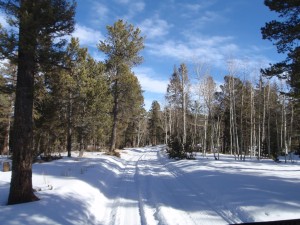 Led by Matt K.
Ice Cave Creek Road had some truck and snowmobile tracks on the trail. The snow at the start of Ice Cave Creek Road was not too deep, but it was good. We had fun playing in the snow. We headed down the trail, and we were about halfway into the…
Join Us!
If you aren’t a Member or Subscriber, you can’t see all of the content on this site. Get membership information to see why this site is best when you join and log in