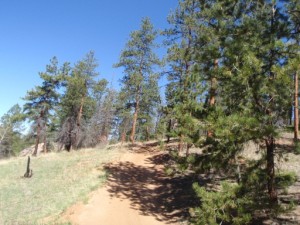 Led by Matt K.
This was our second trail of the day. Hackett Gulch was new trail for both of us so we were really looking forward to checking it out. We turned off of Cedar Mountain Road to start the new trail. The first part of Hackett Gulch was not very hard. It…
Join Us!
If you aren’t a Member or Subscriber, you can’t see all of the content on this site. Get membership information to see why this site is best when you join and log in