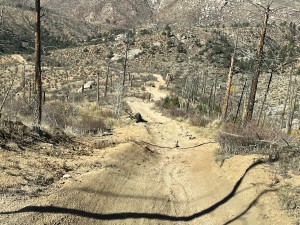 Led by Matt K.
We met up in Woodland Park and then drove out to the Gulches. We aired down in the parking area on Cedar Mountain Road and then we started down the trail. It looked like it was going to be a very nice day. It was sunny and warm with no…
Join Us!
If you aren’t a Member or Subscriber, you can’t see all of the content on this site. Get membership information to see why this site is best when you join and log in