This is already an interesting trail -- take 10 vehicles on it and it just gets better. It was also so much greener than it was in 2002 because of all the snow and rain, it barely seemed like the same trail. Wildflowers were everywhere you looked, it was really gorgeous!

Aside from the difficulties of negotiating that many rigs through the Gulch, we made it safely to the cabin. Mark couldn't quite get his Kia Sportage up the hill right before the cabin so he backed down and took the bypass. He had to leave his rig at the cabin for the rest of the run but he rode along and still had fun.

It was dry enough that nothing else was particularly challenging. We went all the way up to the top of 509-3D, then came back to check out Nugget Hill. That's when it got interesting!

Joe ran it first, making it look easy. The hardest part for him by far was the 75-point turnaround at the bottom to come back up. He got pretty tippy.

Mike R. went next, sliding a little on the off camber part. He had some fun posing on the tallest rock at the bottom.

Adam did it last, and unfortunately we didn't get the best part on film. He was at the very bottom facing down and his rear end started to come up. Everyone was yelling but he still had a grin on his face when he hit the gas a little and came down gracefully. Whew!

We all had a good time even though a few people had to leave early. Drinks and dinner at Murphy's ended the evening, another good time at Gillespie! 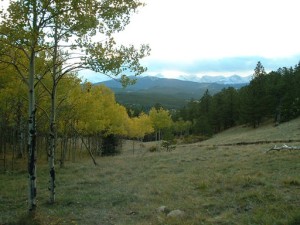