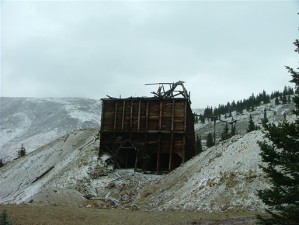 Led by Monica I.
We ran all the way to the end of Peru Creek, then came back to check out Cinnamon Gulch. With all of the mines and buildings we could see from Peru Creek, we figured this would be really scenic. We were definitely right about that. The first place we went…
Join Us!
If you aren’t a Member or Subscriber, you can’t see all of the content on this site. Get membership information to see why this site is best when you join and log in