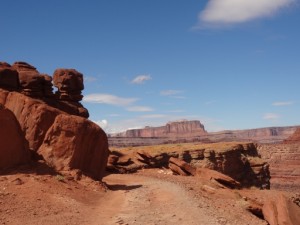 Led by Monica I.
We came off of Hurrah Pass and noticed the morning was really heating up. The sky had a few puffy clouds, but otherwise it was sunny and pretty warm. We headed off to the end of Chicken Corners. The ride there isn’t particularly challenging, technically, but it is challenging to…
Join Us!
If you aren’t a Member or Subscriber, you can’t see all of the content on this site. Get membership information to see why this site is best when you join and log in