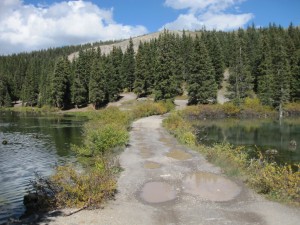 Led by Monica I.
The Alta Lakes trail really packs a lot of different scenery and challenges into a small space, and we were pleasantly surprised by what we found there. It was a new trail for all of us, and everyone enjoyed it. We had just come down from Ophir Pass, and the…
Join Us!
If you aren’t a Member or Subscriber, you can’t see all of the content on this site. Get membership information to see why this site is best when you join and log in